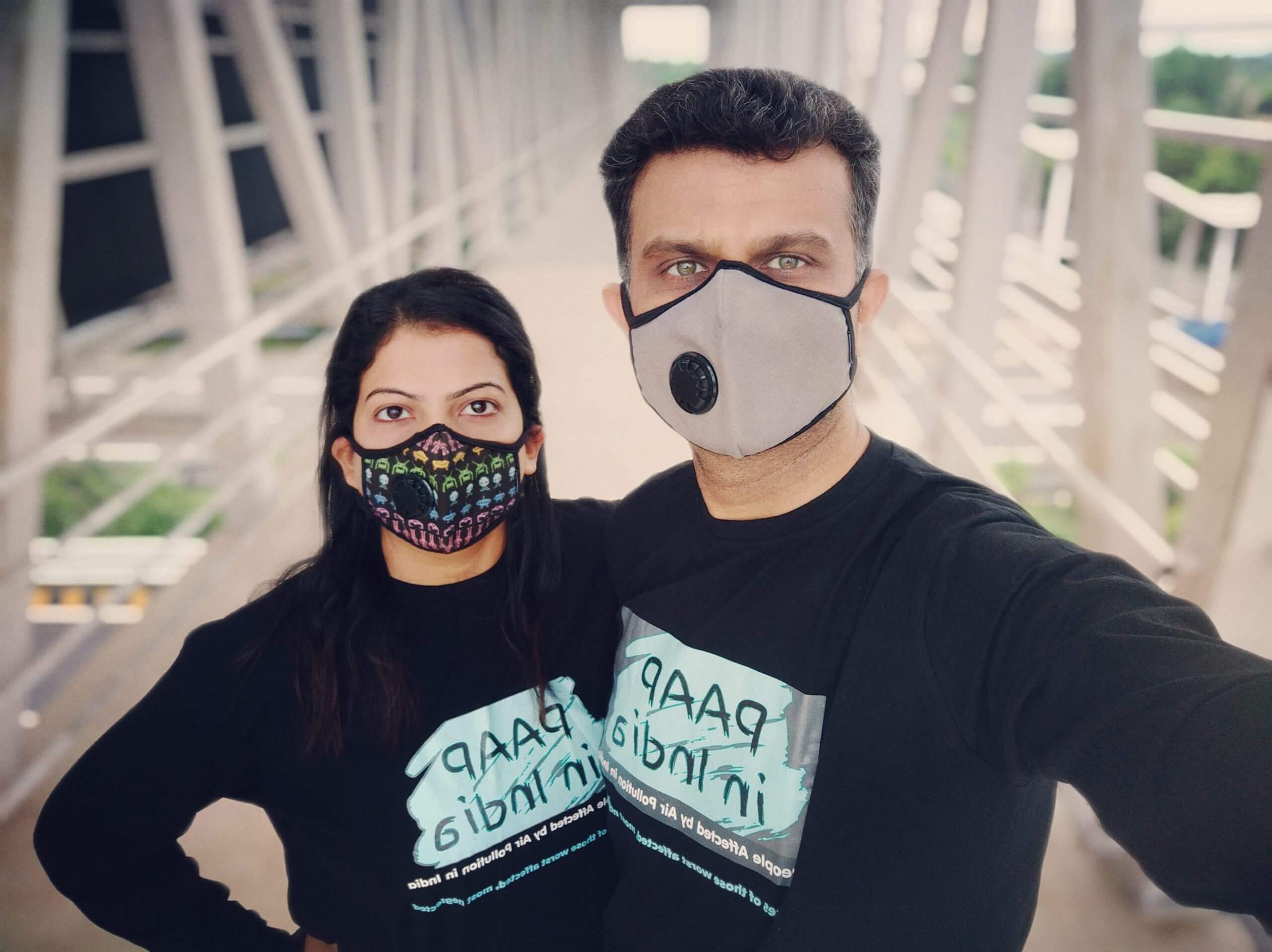 PAAP: People Affected By Air Pollution
PAAP is our way of becoming the voice of those defenseless against air pollution and help them in every way we can

Air pollution has always been something we are struggling to deal with. Born and raised in Bombay; here in Delhi because work demands. In the summer of 2017, Jugal was detected with lymphoma – a form of blood cancer.

It took nearly six months before a semblance of normalcy returned. Then came winter – a time when at least some in Delhi and NCR acknowledge the phenomenon called air pollution. Still vulnerable, we armed ourselves with N99 masks, air purifiers, indoor plants, shots of turmeric and a strong will.

We did because we could. But can everyone?

Thinking about those who live on the margins of our society was the reason we began.

At first, it was a mere conversation. We began spending time with those we felt were most impacted by air pollution — security guards in our buildings and vendors who spend the entire day on the streets, for example.

Winter after winter, we’ve strived to overcome the hazards of inhaling PM 2.5. Our paranoia has been amusing for those around us. The stares (when we have the mask on) are something we can deal with, but it is the indifference and ignorance that we find hard to comprehend.

That drove us, earlier this year, to create PAAP — People Affected by Air Pollution in India — our way of becoming the voice of those defenseless against air pollution and help them in every way we can.

Slowly but surely sensitivity about what we’re facing is gaining traction. We are seeing regular responses to our social media posts and offers of help and support.

We’ve now begun distributing N99 masks to those whom we interview – free of cost. We do this after explaining what air pollution is and how the mask is supposed to be used.

If anything, the scope of it has only grown to engulf an even larger population. A hydra-headed monster, no agency or no movement today can deal with it single-handedly.

With a collaborative approach in mind, we want to reach out to the wider online community interested in the issue, disseminate relevant information and build networks that can deliberate on ways and means to overcome the threat before us.

This issue deserves to be: a top priority of the government, on the front pages of newspapers, and a key cause for organizations and educational institutions. We hope to keep the conversation going until the dust settles.

(Jugal and Sapna run a community, PAAP — People Affected by Air Pollution in India and are on their way of becoming the voice of those defenseless against air pollution and help them in every way we can. Follow our work on Twitter/Instagram/Facebook, @PollutionTales)