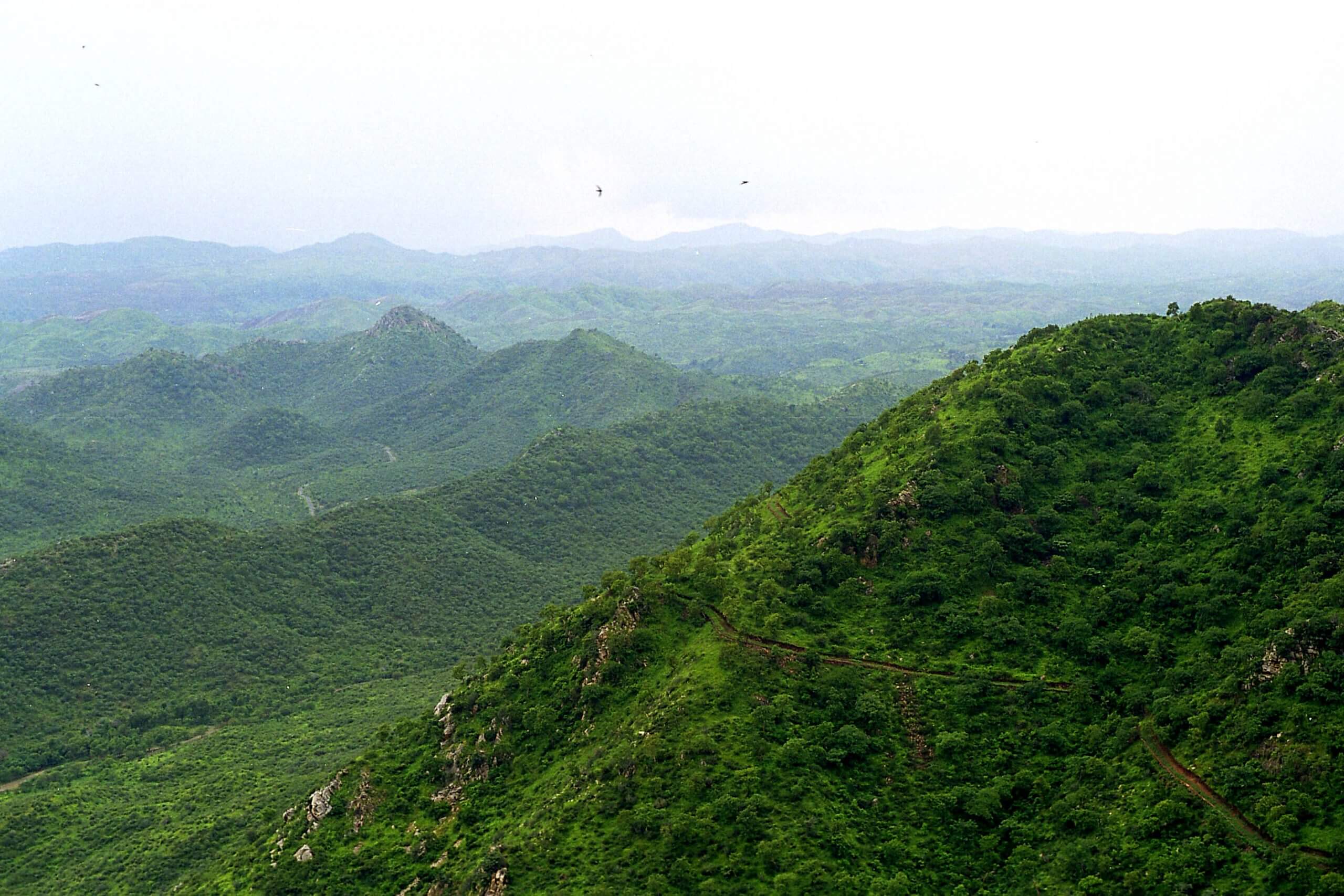 Can the Green Wall save India’s Most Polluted Cities?
A proposal under consideration with the Government could change the pollution levels in major Indian cities like Delhi. The plan is to build a Green Wall of India. What is the Green Wall of India? A 1400km-long and 5km wide ‘green belt’ from Gujarat to Delhi-Haryana border along the Aravalli range is been reportedly planned […]

A proposal under consideration with the Government could change the pollution levels in major Indian cities like Delhi. The plan is to build a Green Wall of India.

What is the Green Wall of India?

A 1400km-long and 5km wide 'green belt' from Gujarat to Delhi-Haryana border along the Aravalli range is been reportedly planned by the government in order to restore the green cover.

The green belt, if successful, will stretch from Porbandar to Panipat and will help in restoring degraded land along with the Aravalli hill range across Gujarat, Haryana, and Delhi.

India has seen rapid deforestation in recent years, primarily due to its focus on economic development and infrastructure.

But, there is no doubt that the rapid pace at which the forest is being diverted for various projects is indeed a matter of concern. According to government data, 14,000sq km of forests were cleared to accommodate 23,716 industrial projects across India over the last 30 years.

India has been trying to achieve its target of keeping 33 percent of its geographical area under forest cover for decades, but the 2017 State of Forest report shows that it is still struggling to get above 22 percent.

Deforestation has an effect on global air quality as well, giving rise to air pollution.

"While the government plans for such a belt, they at the same time, should be more careful with the existing green cover", said Vivek Chattopadhyay, an environment expert.

31 hills of the Aravallis vanished!

The Aravalli, which are the only major portion of forest cover in Haryana, have already lost 31 hills to illegal mining.

A 2016 report from the Indian Space Research Organisation (ISRO) had also indicated that Delhi, Gujarat, and Rajasthan had already degraded over 50% of their land. The groundwater levels have also depleted massively.

Looking at the condition of the degrading green cover in India, the 'Green Wall' could change the situation while ensuring that the environmental concerns are very much there on the maps.

"Afte mining, degrading and diverting the Aravalli Range to death, land shark, Haryana's State Government is still preying. The green wall is just another greenwash. It's ridiculous to first destroy the range and then make an artificial one! Is it because there is a cost to it that benefits all?", said Environmentalist Rajeev Suri.

The idea runs on similar lines to the "Great Green Wall"  initiative launched by the African Union in 2007 to restore degraded landscapes to solve the issue of desertification in Africa.

Africa's Great Green Wall was launched by the African Union about a decade ago, with support from UNCCD, World Bank and the European Commission. The project, however, is still underway, and at last month's COP14 conference, African nations sought global financial support to help complete the green.

With the project comes challenges too, the major being the land restoration which needs to be an urgent focus point.

The program if implemented will help India achieve its goal of restoring around 26 million hectares of degraded land by 2030.

Currently, there exist around 96.4 million hectares of degraded land in the country, which is nearly 30 percent of its total geographical area, as per the report.

Hopes of a greener future

This decision, although pending approval has evoked hopes of a greener future in the minds of the people.

If this reforestation activity is successful, it will have a lot of positive impact on the environment in addition to curbing many environmental issues such as pollution. It will also help combat the eastward march of the Thar desert.

"The past experiences with the Aravalli Range show that agencies are not caring. Only when the people protest, some concern is shown by the authorities, which is not correct.", added Vivek.