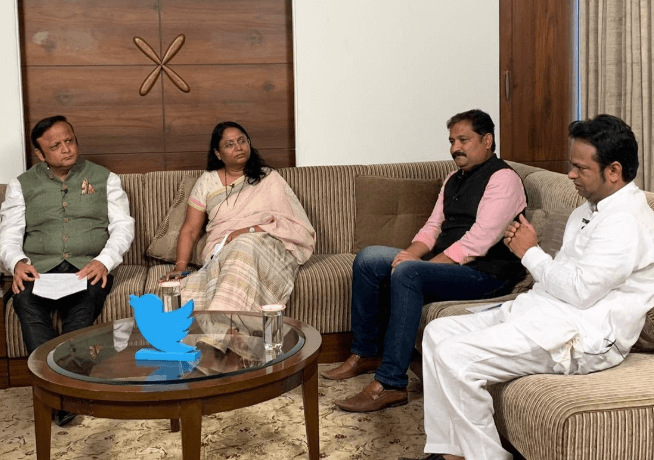 Chapter 5: City Session Nagpur
City Sessions is a collaboration of a live show between Twitter India and Let Me breathe, where decision makers, experts and citizens come together to find short term and long term solutions to city level climate change, air pollution and other environment issues collectively.

Let Me Breathe hosted its fifth city session with Twitter India in Nagpur on October 9, 2019, with the aim of finding collective solutions to all kinds of environmental issues in Maharashtra.

Previously held in Mumbai, Varanasi, Gangtok and New Delhi, the City Sessions are aimed at building a talking space between decision-makers and young people that are focused on climate change in a particular city.

The panelists interacted live with citizens on twitter to tackle some of the most unanswered questions online and also the new upcoming schemes of the Government to tackle pollution in Maharashtra.

According to Asif Bhamla, Sustainable mobility is the most critical aspect to combat air pollution.

While Raju Nagulwar thinks that waste segregation is the need of the hour in Nagpur.

"Nagpur is the only city whose air action plan developed with NEERI and IIT Powai has been approved by the Central Pollution Control Board,” said Leena Buddhe

Shagufta Kamran, Senior Manager, Public Policy, Twitter India said, "At Twitter, we are committed to supporting pressing issues related to climate change and addressing pollution features amongst top priorities for India. We’re delighted to partner with Let Me Breathe to organize these City Sessions that are focussed on increasing environmental awareness as well as working to mobilize citizens to drive meaningful conversations on the issue."

"Climate and pollution are now people's issues and decision-makers recognize that. Ensuring that citizen stories create a healthy dialogue with decision-makers, experts and politicians are what we do at Let Me Breathe. We will be following up on the commitments made today", added Tamseel Hussain, Founder, let me breathe.

Nagpur’s Air Action plan has been approved by the CPCB and Nagpur is all set to implement its 67 action points.

With City Sessions, we are trying to make the environment a mainstream topic If you want city session in your state/city, let us know.