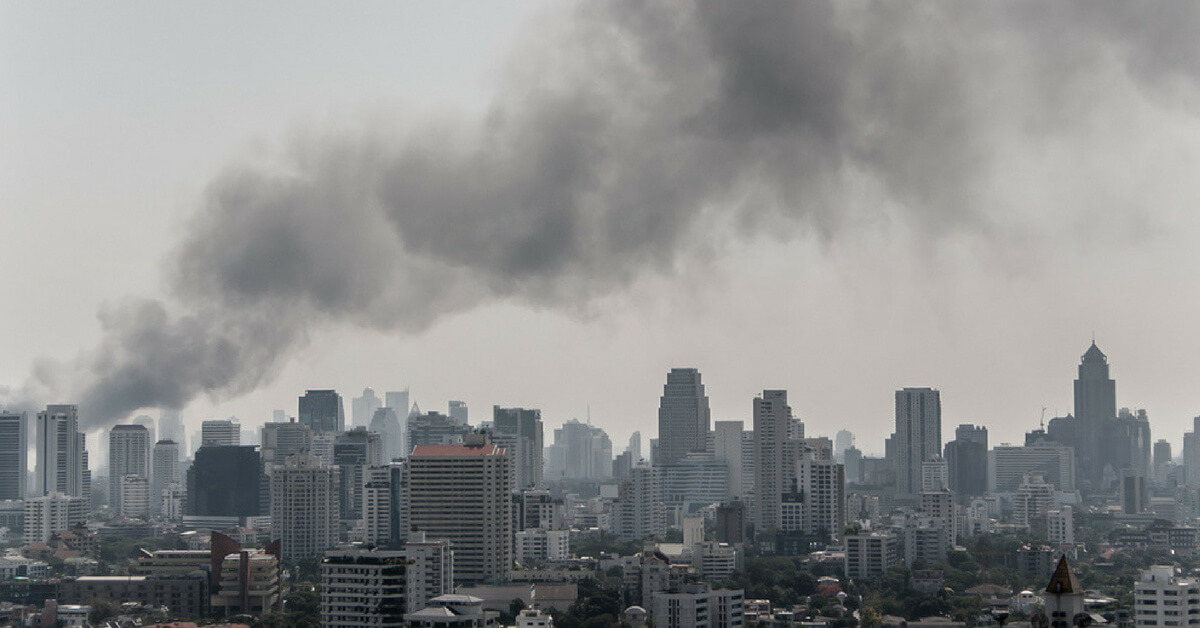 Maharashtra Breathing Clean Air? Think Twice!
1
Mumbai is one of the most polluted cities in the country. Mumbai, India’s financial capital, the political nerve center of western India; the city of hopes & dreams, where every Indian thinks of at least once in their life. But paying no heed to the environmental fallout of the mass migration has led to the […]

Mumbai is one of the most polluted cities in the country.

Mumbai, India's financial capital, the political nerve center of western India; the city of hopes & dreams, where every Indian thinks of at least once in their life. But paying no heed to the environmental fallout of the mass migration has led to the destruction of the climate and as of now, the city has the most imbalanced rainfall.

Urbanization, major cause of air pollution

We know the feeder of the nation, the only man because of whom every single person can stay alive is a farmer. But these days, the needs, requirements, and priorities are changing. The young generation wants to explore the world out of farming, which means they only want to encourage industrial development and get engaged in industrial employment.

Maharashtra has more than 75,000 industries, with 12,500 emitting high pollution levels. Industrial air pollution in Maharashtra is one of the key reasons for deteriorating ambient air quality in several cities.

In June last year, the Maharashtra Pollution Control Board (MPCB) had launched a rating scheme to provide information on the environmental performance of the industries.

The study found that 100 industries in the state were emitting particulate matter which is almost twice as much the safe limit prescribed by the Union environment ministry.

Industries on a large scale use a lot of natural resources materials which involves a lot of chemical use in processing and as a result, a lot of harmful gases get evolved in the process. These gases are not treated before letting them out in the atmosphere. The evolution of such gases generally increases the levels of carbon dioxide, oxides of nitrogen and sulfur dioxide in the air, thereby polluting it.

A few industries like Cipla, in Kurkumbh, are situated in the village itself. Thousands of people are suffering from severe respiratory diseases. Therefore, industrialization is ridiculously harming the people living around.

Say NO to crackers

The festive season has started which means bursting of crackers has started too? What satisfaction do people get by polluting the air?

Last year, chemical analysis and the heavy-metal test were done for different firecrackers available for sale on Diwali in Maharashtra. The test found the presence of hazardous metals or metal oxides, which are unsafe for human health. Of the 36 crackers tested, lead was detected in 14 which has been already banned by Supreme Court.

Crackers contain elements like copper, cadmium, sulphur, aluminium and barium to produce the vibrant colours we see. The harmful gases produced from the bursting of crackers remain which is inhaled by the people which in turn causes severe respiratory diseases like chronic bronchitis. The adverse effects of bursting crackers seem unending.

In fact, last year after Diwali, the air quality of Chandrapur (Nagpur) turned out to be the most polluted in the state, followed by Nashik and Pune.

Unplanned development plays a major role in the growth of climate crisis and air pollution in Maharashtra. Trees are being cut in the name of infrastructural development which obviously has a negative impact on the ecosystem and biodiversity.

I feel its high time people understand how their actions are destroying the planet and start taking positive measures. Alone, it's not the responsibility of the government to tackle air pollution and climate crisis. Small steps count. So, start today!