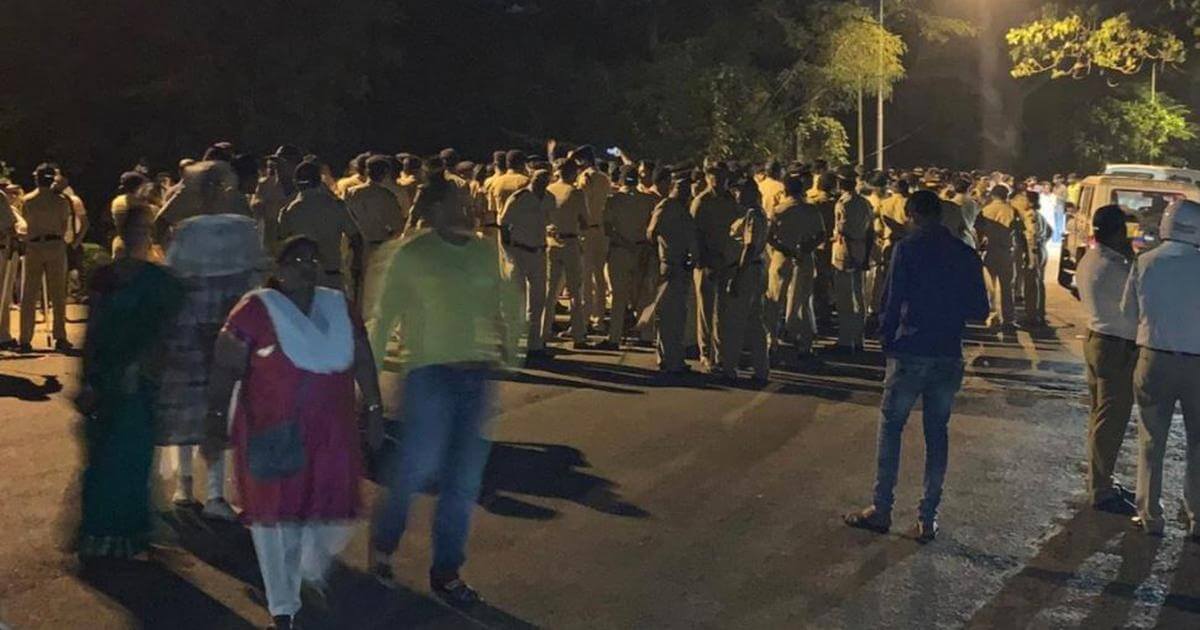 (Current Updates on this developing story) A special bench, constituted by the Supreme Court has stayed the cutting of trees in Aarey Colony on October 7 until further orders. It also asked the Maharashtra government to release all activists arrested in the case and maintain the status quo until the next hearing on 21 October. […]

(Current Updates on this developing story)

A special bench, constituted by the Supreme Court has stayed the cutting of trees in Aarey Colony on October 7 until further orders.

It also asked the Maharashtra government to release all activists arrested in the case and maintain the status quo until the next hearing on 21 October.

29 protesters arrested for ‘disturbing public order’ and ‘obstructing government officials’, were granted bail. Section 144 has also been partially relaxed in the area.

All 29 arrested in connection with the protest against the cutting of trees in Mumbai’s Aarey Colony sent to judicial custody. They will be taken to Thane jail.

A few green activists moved a fresh application on Saturday seeking a stay on the Mumbai Metro Rail Corporation Ltd (MMRCL’s) action of chopping 2656 trees in the area.

Hours after the Bombay High Court’s verdict dismissing all petitions against the felling of trees at the Aarey colony for a Mumbai metro depot, the Brihanmumbai Municipal Corporation (BMC) started cutting trees in Aarey in the state capital.

Protests continued during the wee hours as authorities began cutting down trees. Several activists in Mumbai were detained after they attempted to stop authorities from cutting trees. 29 people so far have been arrested as reported in media reports.

Section 144 of the Code of Criminal Procedure, which bans the assembly of four or more people, had been imposed in Aarey Colony and surrounding areas.

Over 200 trees cut till now

Environment activists criticized the authorities, claiming that over 200 trees have been cut so far. They alleged the metro corporation wants to finish the job before October 10, when the matter comes before the National Green Tribunal.

“Protestors broke barricades and rushed inside. It was like a site of the massacre, trees fell everywhere. Some people were so angry that they were wailing and hurling abuses at the government. Afterward, the police came and tried to evict them from the area. The protestors sat down on the ground, locked arms and started chanting slogans.” said one of the protestors.

Another protestor, Vinita said, “One of the media persons asked me to leave saying all protestors have been picked up. I stuck around, watching. A few young students came up and stood with me. They were angry and upset.”

Meanwhile, amid the growing protests, Union Environment Minister Prakash Javadekar as per media reports backed the proposed metro shed in the Aarey forest area and said that development and environment protection should be done together.

Actor Farhan Akhtar took to Twitter to vent out his anger.