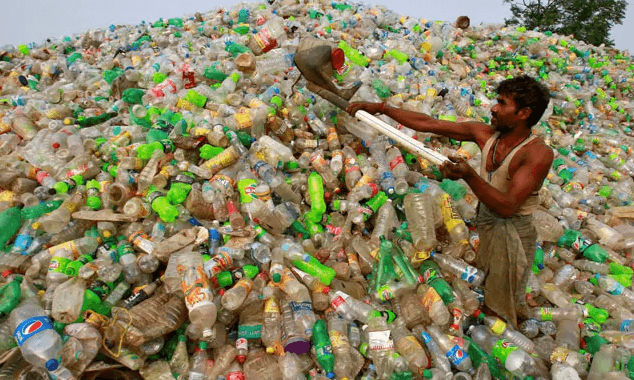 Together we CAN Eliminate Plastic!
Plastic is bad news! And we have only 12 years to avert the climate catastrophe as per the UN Intergovernmental Panel on Climate Change (IPCC) in 2018. However, there are much larger tasks to be achieved under the umbrella of ’12 years’ globally and inclusively. But till that time do you think we, the people […]

Plastic is bad news! And we have only 12 years to avert the climate catastrophe as per the UN Intergovernmental Panel on Climate Change (IPCC) in 2018.

However, there are much larger tasks to be achieved under the umbrella of '12 years' globally and inclusively. But till that time do you think we, the people of India would be able to tackle plastic pollution and sustain without using plastic in daily life?

Picture of plastic ban in India

According to UN statistics, the global view on plastic ban describes the total or partial ban in India in particular.

And according to the Central Pollution Control Board of India (CPCB), there are still some parts of India where plastic is not banned.

But the actual condition is, plastic is still accessible to people in many parts of the country as only because people have deeply wired themselves to the convenience of plastic in their lives. People are unable to detach themselves from the use of plastic even though they know the repercussions.

They are finding it hard to switch to the sustainable behavior pattern and they are reluctant to make a dent in their consumption patterns. So, as a result, the manufacturers are producing it in large amounts. This is a two-way process, demand is directly proportional to the supply. If we tend to rely on the plastic consumption cycle, we are genuinely begging firms to manufacture more of its kind.

I feel people are also somewhere correct in their assumption that, "there will be no big good if the government fine shopkeepers or vendors only. The government must act in a top-down approach. First, consider ceasing operation of the large scale manufacturers."

The plastic you throw is killing the environment!

Waste management is the biggest problem in our country, to which plastic is the largest component. You might have no idea in what form plastic can return to you even if you consume, just a plastic bottle. According to various studies,

This all makes me feel so petrified. It is hard to find a space where there is an absence of micro-plastic particles. We all are surrounded by plastic so much that it is hard to make a pro-environmental move.

So recently, our Prime Minister has called on global leaders to follow India's decision to ban single-use plastic in the UNCCD COP14 held in Greater Noida. And the center is set to impose a nationwide ban on six plastic items by October 2, the birth anniversary of Mahatma Gandhi. These six items are plastic bags, cups, plates, small bottles, straws and certain types of sachets.

Well, I think the proposed decision is quite instrumental if implemented properly as:

However, the whole process will take time to seep down in various levels of the economy and society. Therefore, penalties for violations of the ban will probably take effect after an initial six-month period to allow people time to adopt alternatives.

Plastic is everywhere, however, it is not impossible to control it.

Do you all remember the times when your grandmother made you walk along for the vegetable shopping and carried her own bag?

When a vendor passed down your street with some snack or finger food and served you in a paper cone or handmade dried leaf Patras.

Or when you went to any eating joints nearby, they served you in steel plates?

It is a little hard to switch to old sustainable practices but it is not impossible. We've done it in the past!

India is quite a rich cultural country with the diverse communities which have their own practices and are more eco-friendly in nature. Dig a little deeper in the roots, you'll surely stand a chance to find the solution within.

I personally carry my own cloth bag for grocery shopping and my own coffee cup & water bottle. I carry PET containers that can be reused for carrying eggs.

I carry my own sanitary napkins, not in black polythene but do carry one extra cloth bag. If I have to buy vegetables from a vendor who is passing down my street, so I carry either the cloth bag or just wide utensil from my kitchen to put the stuff.

I make sure to carry my own bag for any shopping, if ever I forget, I refuse the polythene and just buys the much I can carry back home at that moment. If ever I have to use disposable cutlery in public places, I put my utmost focus on if it is recyclable/ biodegradable.

I still have a long way to go and to push my habits to go more sustainable. For eg: I still have to learn a habit of keeping my own small set of cutlery pouch in my bag. But I am making an effort to refuse plastic and step more towards green environment every day. And this makes me feel proud of the process I am into, which is making the world a better place to live every day.

(Aarushi loves to call herself as an environmentalist in progress. She has her own blog as she likes conceptualizing the ideas into simpler form and writing about themes such as environment, nature conservation, biodiversity, and women hygiene)