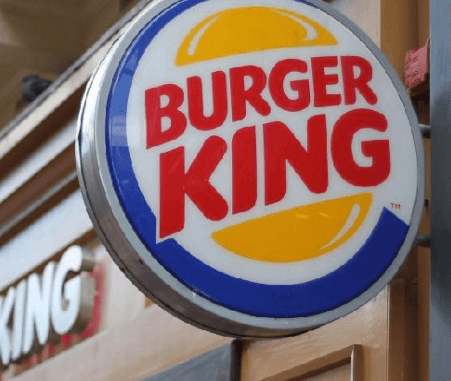 How a 16-year-old got Burger King to act against single-use Plastic
‘Single-Use Plastic’ has emerged as one of biggest environmental challenges for our planet. It’s cheap, useful, ubiquitous and unfortunately very deadly. The fact that it’s non-biodegradable and is recycled in very small percentages, means that our planet is with the passage of time becoming a big dumping ground for single-use plastic.  Plastics deadly for environment […]

‘Single-Use Plastic’ has emerged as one of biggest environmental challenges for our planet. It's cheap, useful, ubiquitous and unfortunately very deadly.

The fact that it's non-biodegradable and is recycled in very small percentages, means that our planet is with the passage of time becoming a big dumping ground for single-use plastic.

Plastics deadly for environment and humans

Plastic breaks down into smaller fragments known as microplastics and then contaminates our soil and water. The innocuous-looking plastic straws, lids, plates, spoons, containers and carry bags, which we use and throw without a thought, outlive us by many thousand years and end up blocking our waterways, choking the animals; harming the plant life by contaminating the soil and if these chemicals enter the human body then they can severely damage the human nervous system and other organs.

These facts are of course no state secrets and are known to one and all. So the first question that arises is that if single-use plastic is so dangerous for human, plant and animal life, then why is it that we continue to use it?

Isn’t it strange that the biggest enemy of the planet, finds favor with most individuals, businesses and even governments? Convenience and Economy of using plastic have blinded us to the various problems which are being caused by plastic. The result of our ignorance, negligence or nonchalance has brought us to a stage, where our planet has exhausted its ability to take in more plastic.

How to stop single-use plastics?

We need to act now against single-use plastic before its too late for us to be able to reverse or even stop the damage, which is being caused to our environment due to billions of tonnes of plastic waste that covers our planet.

So the second question which arises is what can be done to stop single-use plastic? The answer is very simple. The Governments which administer the various countries of the world should just get together and ban the production of single-use plastic, call back the plastic items which are already in circulation amongst the citizens and then devise a comprehensive plan for dealing with the plastic that we have already created.

But, if only life was so simple.

Plastic is very cost-effective and therefore a complete ban on plastic would burn a hole in the pockets of the rich and mighty of the world. The Giant Global Multinational Companies, which now vicariously control the reins of power in most of the countries, cannot accept that.

For these MNCs, profit is the ultimate and only goal and thus they continue to shackle the national governments from acting definitely against plastic. The governments have not acted so far and to expect them to act in the future also would be rather naïve.

So the only option, the common woman/man, who is suffering the consequences of environmental degradation, has in what the Mahatma taught us many decades ago.

He gave the two mantras of :- ‘Be the change you want to be’ AND ‘Satyagraha: the peaceful protest for a true cause’, almost a century ago, but this mantra still remain the most time tested and effective weapons that a common ordinary citizen has against the great powers that seek to control our lives and lead us to ultimate destruction.

This is how the idea of Burger king protest came into existence.

In August-September, 2019, in an attempt to play a role in the reduction of single-use plastic, I had written/tweeted to various hotels, food chains, restaurants, bottled water companies, etc. to make a commitment to aim for zero single-use plastic.

Few of them, like Radisson, Hyatt, Mariott, etc did respond and committed to giving up single-use plastic but most did not care to give a firm commitment and gave vague or no response.

Having been humbled in my first major attempt to do something meaningful with regard to the reduction of single-use plastic, I began to wonder whether there was nothing I can do for a cause, which I so strongly believe in and which was right. Then the Mahatma showed me the way. “Satyagraha”: The strongest of weapons, which even the weakest can wield, against even the mightiest of foes.

This is how the idea of peaceful protest as a means to compel these mighty businesses to give up on single-use plastic was born in my mind.

But why Burger King as the first stop?

Many people have asked me why I chose Burger King as the first station of protest. The reason is simple. Burger King has committed to the reduction of plastic usage in the United Kingdom and Singapore where there was consumer pressure on them to act.

However, in spite of our repeated requests, Burger King refused to make any such commitments for India. This double standard and discrimination sealed the answer to the question as to where should we start our protests from.

The distinction being made by Burger King as to in which countries it should maintain higher environment norms is apparently based on the old and stale formula of categorizing countries into developed, developing and under-developed countries and then treating them as such. This was totally unacceptable to me.

We have informed Burger King India that we will be holding a peaceful protest on 27th September 2019 at 5:00 PM at the Burger King Outlet, Select City Walk, Saket, against their refusal to give up single-use plastic.

During the protest, we intend to gift Burger King with environment-friendly alternates to the single-use plastic items being used by them and request them to use it in the future at this store.

We further intend to make aware the customers at Burger King about the unfair, discriminatory and anti-environment practice being followed by Burger King. Further, we will put them to notice that if in spite of these protests, they continue to use plastic, then we will be picketing their other stores as well.

If the greed for profit is preventing them from giving up single-use plastic then I am sure if they feel that their business is being hit, then they will surely see reason and accept our request.

India is such a big market for these Brands now and for foreseeable future, that I am sure that if we speak in one voice on this genuine issue, then Burger King will have no option but to accept our request.

#BurgerKingProtest is not a protest only against Burger King, it’s against the mindset of hundreds of similar powerful corporate entities and individuals, who think that they can continue to destroy our planet and it’s environment for selfish monetary benefits and we the people will have no way of challenging them.

Burger King Protest is just a citizens’ warning, to all the Industries and Corporations, who are still adamant on using single-use plastic, that give up single-use plastic or we will make you give it up, peacefully and legally, but most certainly.

Meanwhile, the burger king has issued a statement saying they are committed to reducing plastic usage and have already launched multiple initiatives to this effect.