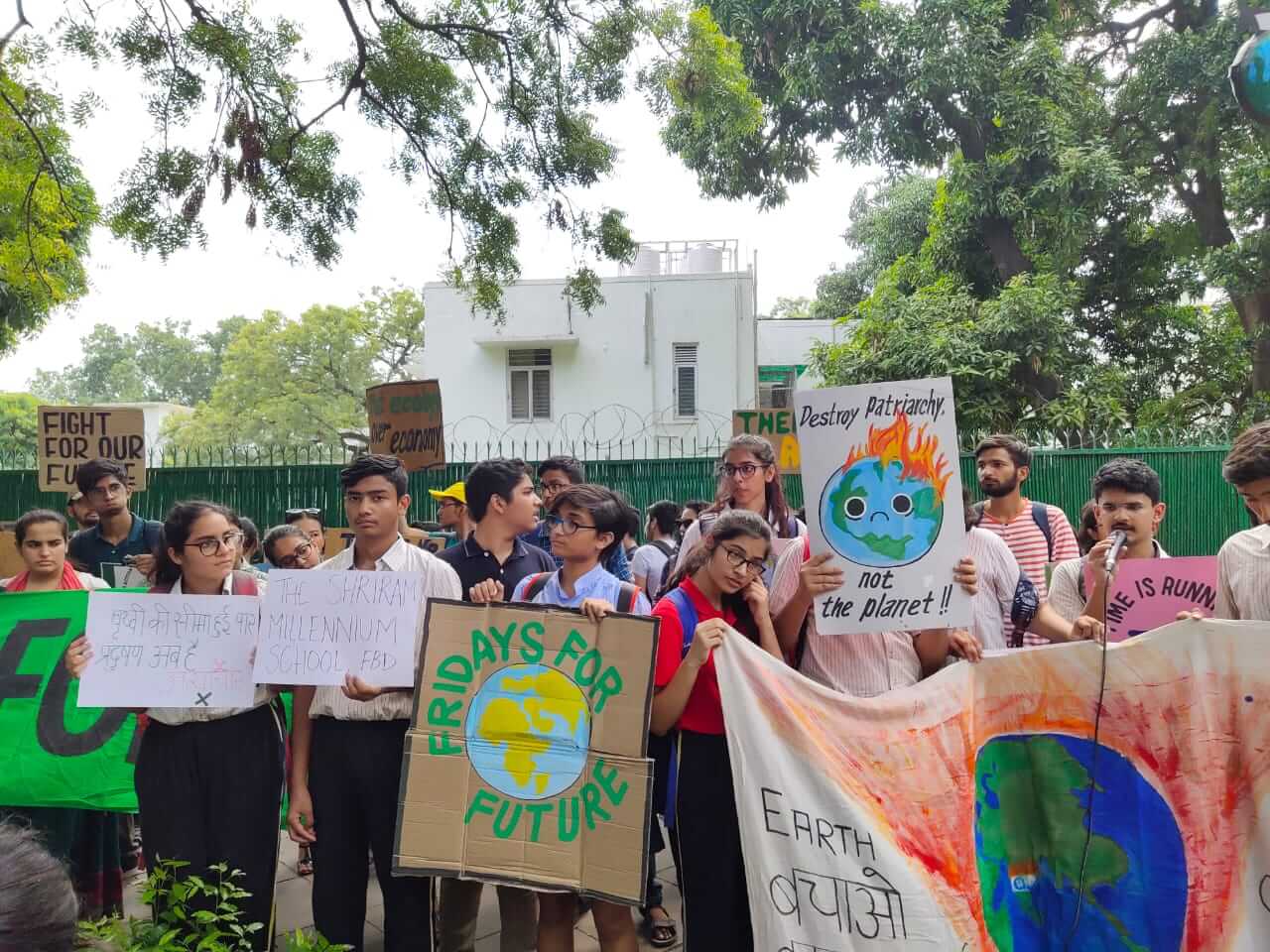 Global Climate Strike Day 1: How Students From Across India Protested Against Climate Change

Indians are showing their solidarity with the ongoing global climate strike. The Global Climate Strike, which took several Indian cities by a storm, will continue till September 27. It commences just before the United Nations Climate Action Summit 2019 takes place on September 23. In an effort to fight against the ‘Global Climate Strike’, students in […]

Indians are showing their solidarity with the ongoing global climate strike.

The Global Climate Strike, which took several Indian cities by a storm, will continue till September 27. It commences just before the United Nations Climate Action Summit 2019 takes place on September 23.

In an effort to fight against the ‘Global Climate Strike’, students in over 2000 cities around the world organized a campaign. It was one of a kind. The campaign is an attempt to raise voice against global inaction and apathy towards climate change.

During the strike ion Delhi, the students protested outside the Ministry of Housing and Urban Affairs. A large effigy of Ravana, the villain who represents evil in the Hindu epic Ramayana, was carried outside the ministry to symbolize the demon that is climate change.

Here are some pictures and videos from different parts of the country:

What is the Global Climate Strike movement?

The Fridays for Future movement, also known as the Youth Strike for Climate Movement, started in August 2018 after Greta Thunberg sat outside the Swedish parliament every school day for three weeks to protest against inaction towards climate change and called for concrete government action.

Then, in September 2018, Thunberg called for a strike every Friday until the Swedish parliament revised its policies towards climate change. Gradually, students and adults from across the world started mobilizing and demonstrating in front of parliaments and local city halls in their respective countries, making global, a local movement.

According to the FFF website, students and adults from 185 countries will be participating in the week-long demonstrations. “In thousands of events taking place from September 20th through 27th, millions of us will walk out of our classrooms, workplaces, and homes to join together in the streets and demand climate action and climate justice,” the FFF website says. The strikes are registered to take place in over 2,350 cities.

The global school movements began in 2015. A Climate Strike was organized on November 2015, the idea for which came to the organizers at the Global Youth Summit of 2015. Under this strike, students were urged to skip school and join other protestors. The strike was meant to be a “wake-up call” for the young generation. Their demands at that time were to stop the extraction of fossil fuels and to make the transition to 100 percent clean energy.

“A globally coordinated action by the young generation to answer the inability of the old generations to solve the climate issue,” the Climate Strike website says.

‘Global climate strikes’ would continue globally between September 20 and September 27 as the United Nations General Assembly meets in New York.