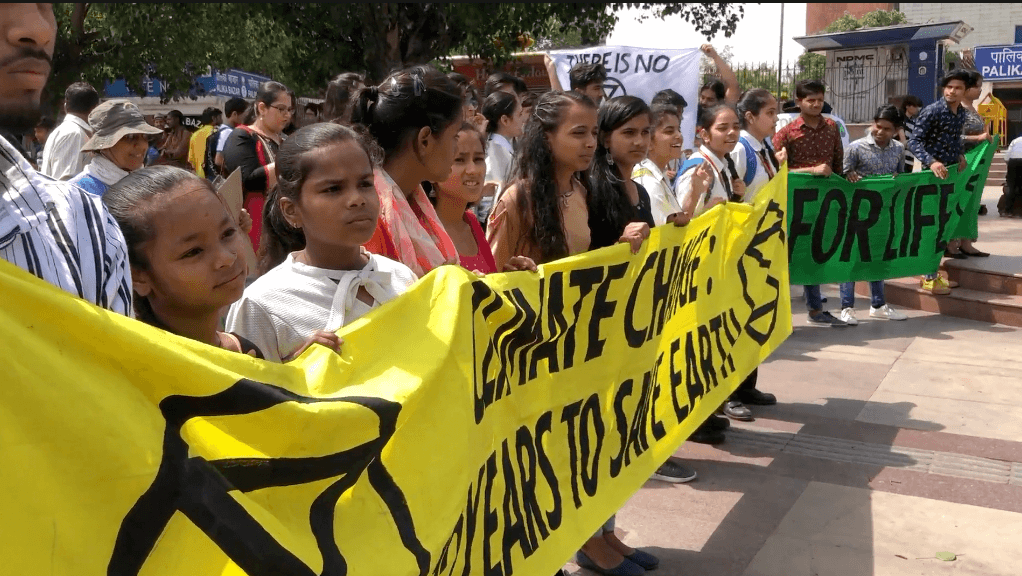 How to Organize a Climate Strike
Young people have been going on strike from school on Fridays since Swedish teenager Greta Thunberg began her “School Strike for Climate” in August 2018. School children across the world then followed her lead, with monthly protests in India and around the world. From September 20 to 27, thousands of schools students from across the […]

Young people have been going on strike from school on Fridays since Swedish teenager Greta Thunberg began her “School Strike for Climate” in August 2018. School children across the world then followed her lead, with monthly protests in India and around the world.

From September 20 to 27, thousands of schools students from across the country will skip schools to be part of the Climate Strike.

Student strikes are a key way that students can exercise our collective power in order to force people and governments to act. Climate strikes are a thing that needs to be done now as Greta Thunberg says ‘What we do or don't do right now, I and my generation can't undo in the future’

The first thing you should know is that not all strikes look the same. While some organizers prefer a march or rally, your community might be better suited for a walkout, a sit-in, an artistic performance, a day of silence or even a zero-waste picnic. The way you demonstrate your care for this planet is up to you, as long as you keep your event safe and accessible for everyone.

Once you have an idea of what you want to accomplish, gather some friends to help you plan the strike as it will help you come up with creative ideas for the strike and you'll have a lot more fun. There's a lot to keep track of when planning an event, so you can assign roles for your team members to help handle things like:

3. Choose a time and place

Choose a location and a time frame. Choose a spot in your area where everyone can reach easily and on time and that's also visible to the press and those passing by. It's best to block out a few hours for the event so you have time to hear from speakers and do any of your other planned activities.

Make a timeline for what needs to get done before, during and after the strike to stay organized. It's also a good idea to create a budget for your event so you can start fundraising right away, if necessary.

Now, you can get specific about the route you're taking. Many rally feature speakers or performers, so you should think about including diverse people to share their stories about what climate activism means to them and what they're trying to protect.

Consider featuring youth and student activists, community leaders, scientists, teachers and parents and grandparents who recognize how they contributed to this crisis.

Depending on what type of event you're holding, there will be various logistics to sort out.

Permits are the most important thing to get right away because they take time and often must be obtained at least a month in advance. If you're using public space like a park or sidewalk or want to block a march in a road you'll probably need a permit.

Make sure you're thinking about how to make your event accessible. Other details to consider are bathrooms, sound systems, stages, parking, and directions.

You need to spread the word out of your climate strike. Here are a few things you can do to get your event noticed: