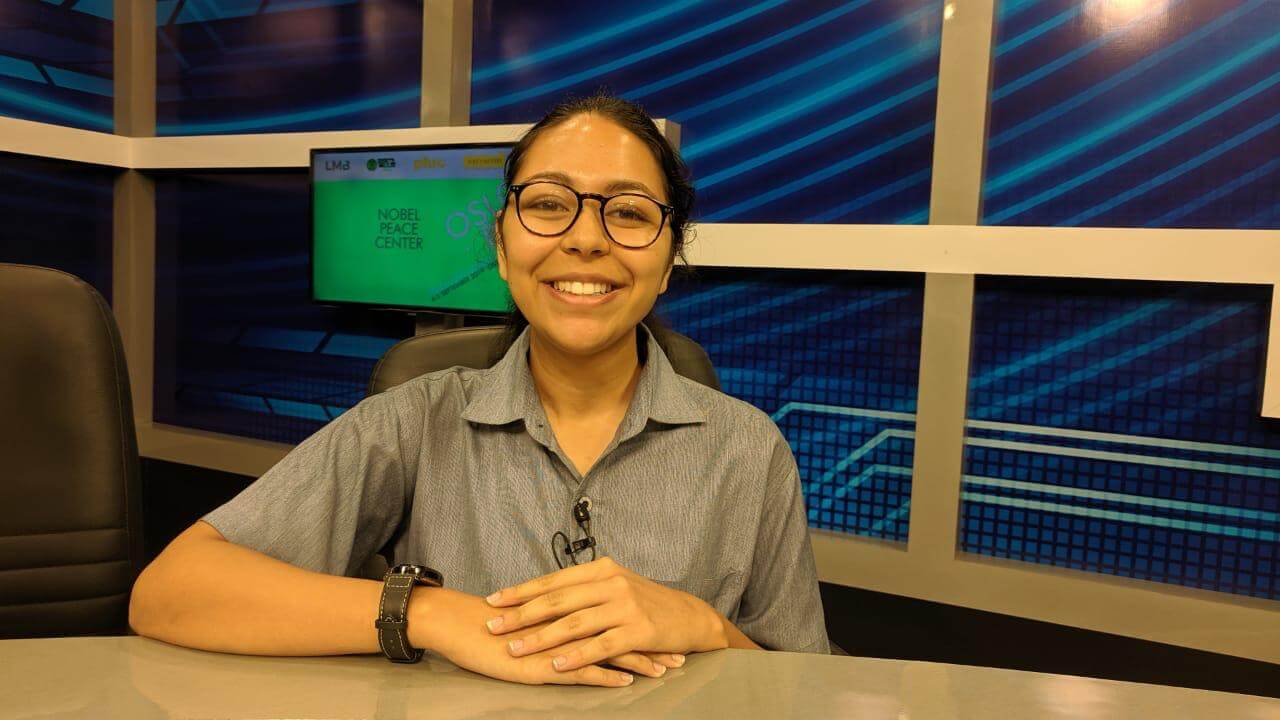 Q&A: 17 Year Old Anoushka Talks About her Passion for Climate Activism
17 year old Anoushka is a student of class 12th and an environmental and animal lover vie to become a social and environmental activist. 6 years back, she decided to do her bit for the environment and ever since, she has been engaged in taking action on cleanliness, waste management, recycling and plantation of trees.  […]

17 year old Anoushka is a student of class 12th and an environmental and animal lover vie to become a social and environmental activist. 6 years back, she decided to do her bit for the environment and ever since, she has been engaged in taking action on cleanliness, waste management, recycling and plantation of trees.

Anoushka has also taken part in the Waste Warriors in Dehradun and has been a part of the 100 Million for a 100 Million Campaign by Kailash Satyarthi Children’ Foundation.

Anoushka talks to us about climate activism and the need for youth to take immediate action on social and environmental issues.

How did you get into climate activism?

When I was 12, I heard the very first news about the extinction of a particular species of whales. Since I’ve always been an animal lover, it hit me hard coming to know that there are animals and forests dying because of what we are doing. And even if indirectly, I knew that I had contributed to that. What further triggered me was the fact that the animals, the birds, the trees, the sea, none of these had a voice of their own. So I decided to become their voice.

What has motivated you to keep raising your voice?

The fact that people become obligated to listen to you when you scream and they even follow you if you’re right, really keeps me going. The Earth is ours, the hope of a better tomorrow, the idea and the vision of a clean, pollution-free, happy world with an increasingly special biodiversity motivates me to never stop. And the question that arises when I think of letting it go is, is that even an option here?

Who are some of the climate activists that you admire?

I honestly believe that every single person working on this issue, making people understand how real and important climate change is, is doing the most significant and right thing. However, the two people that I admire, alongside the millions of people who admire them, are Greta Thunberg and Christiana Figueres. Greta gave me the kind of support I needed for raising my voice. And Christiana Figueres is the person whose speeches ensured that I’m on the right path.

Tell us about your engagement in making communities aware about climate change.

I began with making my friends and other students aware of the climate conditions. Joining a club in school by the name of Safe Club, that worked on environmental protection, I started visiting government schools, spreading awareness and talking with their parents. Gradually, I started holding campaigns, the number of participants kept increasing. I also held talks in my school about the environment and invited  leaders such as the founder of Waste Warriors to talk about it as well. .

What campaigns have your organized till now? Which one received maximum participation?

I have organised numerous cleanliness campaigns in various towns, cities and villages. Campaigns against single-use-plastic firecrackers have been the most successful, with a turnover of over 400 students and 350 people from the community. They resulted in the complete abstinence of single-use plastic and fire crackers by the students and their families, and complete minimisation of their usage by the communities. Due to the large effect of the anti firecracker campaign, it is still being continued.

What are the most effective tactics in gaining attention for the environmental movement?

The most effective tactics that I think for gaining attention for the environmental movement is making the issue personal. It’s important that people understand how gravely they can be affected if the movement doesn’t get started and carried out. It’s also important to make them feel responsible for the situation.

Why do you think young students all over the world are fighting for climate change? Why have  they been the most persuasive on this issue?

The young students are the ones who will be living in this world tomorrow. In the year 2050, it will be their generation who’ll be suffering the most. It is perhaps surprising that even the youngest members of the global community know what’s going on and are going on protesting, but the leaders, the generation who actually created this mess, is still sitting and waiting.

What do you do in your daily life to create a small impact on the environment?

Every day I clean up one street near my place and water the plants and trees that are dying in the heat on roads.

What actions and steps you expect from the Government?

It is time that the government starts imposing heavy penalties on the usage of the materials that are harmful to the environment. It should hold awareness campaigns and give subsidies to firms for creating eco-friendly products, and encourage people to buy them. The government should come up with a platform where they can hear the young voices and keep their suggestions into consideration.

I think the young people of 2019 are completely equipped. They are smart, intelligent and strong. Considering that youth is the maximum population of the world, they have enough power to bring down the world leaders on their toes to make changes and course correction. But for this, we need every single young person to be doing their bits, to become a part of this cause because only then will we succeed. I just want them to know that tomorrow is ours. We will tell our children the stories of how there were parks and forests, and those forests had magnificent creatures in them. I’m afraid it’ll be too hard for them to imagine that, and they won’t have any stories of this sort to pass. I’m afraid our once so glorious world will become a fairy tale for the generations to come.