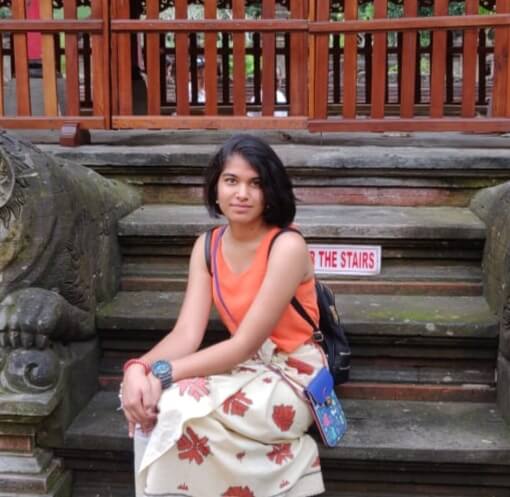 Q&A: 17-year-old Kriti Kakar Talks About Saving the Forest Cover and Climate Strikes in India
17 year old Kriti Kakar, from Heritage Experiential Learning School, Gurgaon is a climate activist who along with other adult activists from Heritage Centre for Active Citizenship, appealed to the Haryana Forest Minister to persuade the Government to responsibly trash its proposed PLPA amendments – the proverbial forest fire to the state’s already scant forest […]

17 year old Kriti Kakar, from Heritage Experiential Learning School, Gurgaon is a climate activist who along with other adult activists from Heritage Centre for Active Citizenship, appealed to the Haryana Forest Minister to persuade the Government to responsibly trash its proposed PLPA amendments – the proverbial forest fire to the state’s already scant forest cover which is the lowest in the country at an abysmal 3.59%.

Kriti was also a part of the Gurugram edition of Schools Strike for Climate which drew 600 children to the strike in March, 2019.

Tell us about your experience when you visited the Haryana Forest Minister regarding the proposed PLPA amendments? What was his reaction?

When I visited the Haryana Forest Minister Mr. Rao Narbir Singh to talk about the PLPA amendment, my classmates and I wanted to discuss how the PLPA amendment would significantly reduce the protection given to the Aravali forests. To my surprise, Mr. Singh did not seem extremely concerned about it despite being the Forest Minister. When we expressed our concerns about people migrating to other areas because of pollution, he said that people will come and go. He tried to assure us that he would speak against the amendment in the parliament, however, he did not sound very convincing and treated the meeting casually.

How did you first learn about the issue of the Aravallis?

I learnt about the issue of the Aravallis through the Heritage Centre for Active Citizenship (HCAC), which is a club at my school. We are taught to be active citizens and take up issues prevalent in the society and help solve them.

Who are the climate activists that you admire? Who is your inspiration?

I greatly admire Greta Thunberg. She is an inspiration as despite being just a student, she made a huge difference in terms of spreading awareness about the growing threat of climate change. It gives me the confidence that I can actually make a difference.

You were a part of the Gurugram edition of schools strike for climate. Tell us more about it.

I helped organize a school strike for climate in my school. We took a day off from school and gathered as many people as we could to spread awareness about how climate change needed to be dealt with immediately. As a large group, we had a march, dance performances and moving speeches to tell people how they could also make a difference.

Why does it matter for youth to have a voice against climate change? Why have they been the most persuasive on this issue?

The youth of today will be the ones who face the drastic effects of climate change in the future if they do not do anything about it. The fact that older generations have caused the lack of equity between generations in terms of resource availability and environmental conditions is being brought to light and the youth are fighting for their rights. This is making figures of authority take notice and take immediate action.

As a young climate leader, have you faced any situation where people didn't listen to you because of your age? How did you push back against hat and kept raising your voice?

As a young climate leader, I was not taken seriously when I went to see Mr. Rao Narbir Singh and tell him about the gravity of the issue of the PLPA Amendment. His reaction made me push harder and get more attention towards the issue and get authorities to notice that the youth were raising their voice against it. It was his ignorance that led me to truly fight for my rights.

What are your suggestions for the Climate and Peace summit 'Oslo Pax'?

For the Climate and Peace summit ‘Oslo Pax’, as a citizen of India, I would want to stress on the importance of increasing forest covers. We would not be able to combat rising population and pollution levels, depletion of groundwater reserves and exhaustion of natural resources without replanting forests and coming up with was to recharge natural resources. Furthermore, education programmes about the gravity of the problem of climate change need to be organised so that people at all levels start to make changes in their daily lives and collectively make a huge difference. Lastly, I would like the Government to make biodegradable alternatives for plastics available and affordable even to the rural population.

With the global climate strike coming up on 20th September, what is your plan of action this time?

This time, I would like to involve other members of HCAC to organize another school strike for climate change. In this way, it could become a tradition for our school.

Small impacts manifest into bigger ones. What do you do in your daily life to create a small impact on the environment?

Whenever my family or I go grocery shopping, we take reusable cloth bags to avoid the use of plastic. We have bought metal straws to substitute plastic straws as they are reusable. Moreover, we reuse water used for washing again for watering plants and so on.

Young people can bring change by starting small and conserving energy by switching off lights, fans and electronic appliances when not in use. They can make their friends and family aware so that the collective impact can increase. The media is also extremely accessible to the young population and spreading a culture of environment protection can make a huge difference.