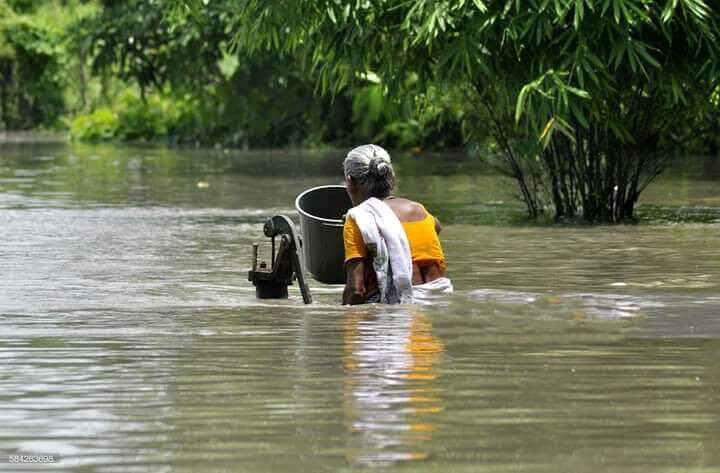 All You Need To Know About The Assam Floods

Monsoon floods have devastated the state of Assam once again. At least 21 districts in the state have been flooded affecting at least 8 lakh people. As of now the leading cause of concern is that the River Brahmaputra is flowing above the danger mark as are other rivers in the state. Prime Minister Narendra […]

Monsoon floods have devastated the state of Assam once again. At least 21 districts in the state have been flooded affecting at least 8 lakh people. As of now the leading cause of concern is that the River Brahmaputra is flowing above the danger mark as are other rivers in the state. Prime Minister Narendra Modi took stock of the situation and assured assistance from the Centre.

More than 27,000 hectares of farmland have been flooded and 7,000 people have been evacuated. Sixty-eight relief camps have been set up across the state to accommodate the affected. The worst hit in the state are the districts of Dhemaji, Lakhimpur, Biswanath, Nalbari, Chirang, Golaghat, Majuli, Jorhat, Dibrugarh, Nagaon, Morigaon, Kokrajhar, Bongaigaon, Baksa, Sonitpur, Darrang and Barpeta. Barpeta is the worst-hit with more than 85,000 people seeking shelter, as mentioned by the Assam State Disaster Management Authority (ASDMA). The ASDMA said nearly 800 villages in 41 revenue circles are under water and about 2,000 marooned people have been put up in 53 relief camps and relief distribution centres set up by the district administrations.

The northeastern state of Assam has been ravaged by torrential rainfall and subsequent floods, with river Brahmaputra flowing above its danger mark.

About 70 percent of the Kaziranga National Park, the habitat of the Great Indian Rhino and a world heritage site, has been affected too. Speed restriction has been imposed on the National Highway near the park as animals would try to cross the road to escape from the waters. “Many animals have moved to highlands. We have a sufficient stock of fodder and forest officials are on alert,” an official said.

The flood situation is likely to continue for another 2-3 days, after which the water is expected to slowly recede as rainfall activity reduces, said the Central Water Commission in its latest bulletin.

As many as 25 people have been killed in Bihar with over 16 districts facing a severe deluge. Large-scale damage has been reported from Sheohar, East Champaran, Purnea, Darbhanga and Kishanganj districts. The death toll mounted to 14 in Assam, where flood waters have submerged 30 of the 33 districts, including 4,157 villages affecting over four million people.