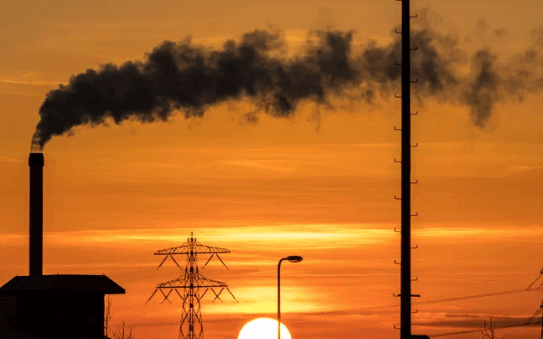 Environment Ministry Says Over 2,000 People Died Due To Extreme Weather Events In 2018-19

More than 2,000 people died in India in the last one year due to extreme weather events, the Environment Ministry informed the Rajya Sabha on Monday. But, the Ministry denied any direct connection to the global issue of climate change. In a written reply to a query, Babul Supriyo, Minister of State for Environment, Forest […]

More than 2,000 people died in India in the last one year due to extreme weather events, the Environment Ministry informed the Rajya Sabha on Monday. But, the Ministry denied any direct connection to the global issue of climate change.

In a written reply to a query, Babul Supriyo, Minister of State for Environment, Forest and Climate Change, said, “As per the information received from the Ministry of Home Affairs, 2,405 lives have been reported to be lost during the financial year 2018-19 in the country due to cyclonic storm/flash flood/landslides/cloudburst etc.”

He said global warming may lead to an increase in the frequency or intensity of weather events.

In reply to another question about whether around 4,000 deaths take place every year due to climate change, the Minister said, “India experienced 431 major natural disasters during the period 1980-2010, resulting in the loss of human lives, property and resources. However, any direct attribution to climate change has not been indicated.”

Highlighting the steps taken by the government to tackle the issue, he said the National Action Plan on Climate Change (NAPCC), which comprises missions in specific areas of solar energy, energy efficiency, water, agriculture, Himalayan eco-system, sustainable habitat, green India and strategic knowledge on climate change, was being implemented.

“The NAPCC provides the overarching framework for all climate actions. 33 states/Union territories have prepared their State Action Plan on Climate Change (SAPCC) in line with NAPCC taking into account the State’s specific issues relating to climate change. These SAPCCs inter-alia outline sector-specific and cross-sectoral priority actions, including adaptation,” the Rajya Sabha was told.

The Minister informed the house that the government was also implementing the National Adaptation Fund for Climate Change scheme to support adaptation measures of States and Union Territories in areas that are particularly vulnerable to the adverse impacts of climate change.

“The National Disaster Management Authority has issued several disaster specific guidelines for managing extreme weather-related disasters such as cyclones, floods and heat wave. A National Disaster Management Plan has been formulated to assist all stakeholders including State governments in disaster risk management of various hazards including hazards related to climate change.”

“The National Cyclone Risk Mitigation Project is under implementation in eight coastal States to mitigate the sufferings of the coastal community. Cyclone shelters and early warning system created under this project proved to be of great help during cyclones Phailin in 2013, Hud-Hud in 2014, Titli in 2018 and recent cyclone Fani,” Mr. Supriyo said.