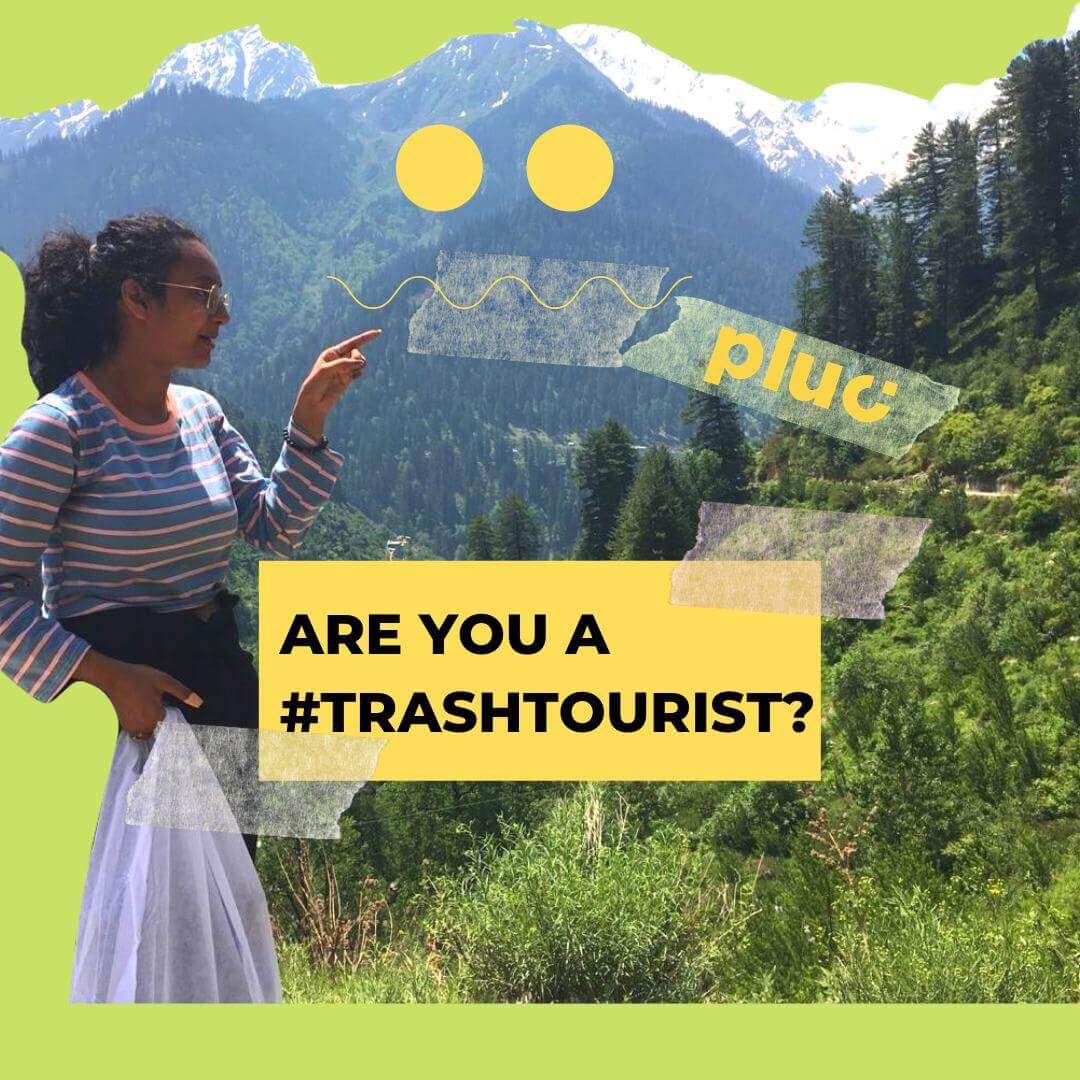 Trash Tourism In Himachal Pradesh
Plastic bottles instead of wildflowers. Marijuana smoke trades for fresh air. Broken beer bottles pave the way to the new kasol that we so proudly have created with our careless tourism practices. Like dozens of college students a trip to himachal Pradesh seemed prudent. This five day trip changed my perspective on climate change, waste […]

Plastic bottles instead of wildflowers. Marijuana smoke trades for fresh air. Broken beer bottles pave the way to the new kasol that we so proudly have created with our careless tourism practices.

Like dozens of college students a trip to himachal Pradesh seemed prudent. This five day trip changed my perspective on climate change, waste management and plastic use once and for all. After a 12 hr bus ride from Delhi to bhuntar, a modest village in kullu district and the first sight that meets my eyes is trash being burnt near a grocery store. A weary yet skeptical mind would check all the facts. Why would one burn trash predominantly plastic in 33 degree weather on a summer afternoon ? After roaming around the village for almost an hour, the sight and smell of burning plastic had subsided. An hour later the cell towers on our cellphones started pinging, as we started climbing up to kasol in a cab.

The over commercialisation of kasol is not hidden anymore. It is also referred to as a lost cause and people start moving up towards Bershani, tosh and kalga. After exactly 20 minutes in kasol the smell of burning plastic hit me again. This time it was hard to miss and pungent. Each and every shop and cafe had a cardboard box or a dustbin up front yet trash was being burnt. A little research and hurried conversations brought back some interpretations and conclusions.

According to a waste and brand audit presented at the Vigyan Bhavan organised by the Ministry of Environment Forest and Climate Change, multi-layered plastics, packets of chips, snacks and biscuits, accounts for 63 percent of the trash. Single-use plastic items (disposable plates, glasses and other cutlery) and PET bottles accounted for another 26 percent. This, more than anything else, illustrates the limited efficacy of the much-publicised government bans on plastic shopping bags. Plastic bags are only a fraction of the problem. Almost all the tourist stops in kasol are now turned into heaps of garbage and muck. The once beautiful nature park now reeks of fecal matter. Piles of debris are mounted near the edges of the park. The locals are despondents of the system.

This is what a local fruit seller stationed near the parbati-2 HEP dam had to say “Government should think a little about putting up dustbins and there is no proper dumping site available so what will the tourist do ?”

The rendering conditions of not only kasol but all of Himachal Pradesh is deteriorating day by day. The commercialised activities and unregulated dumping of garbage. As far as the trash services are concerned they have been suspended for almost an year now. The civilians have found their own alternatives for the problem. Small patches of burnt land can be seen near every shop, cafe and house. Some locals have started digging pits in their backyards and filling them with garbage. Covering it with soil and hoping for the best. When asked about what they expect from burying trash like plastic. Pratap Chand a local shepherd answered with undertones of cluelessness that “ it’s all we have. The trash is at least out of our sight and homes.”

After staying in kasol for a day it turned out that this was not even scrapping the surface of the problem in himachal Pradesh.

The kasol chowk and the bus depot are muffled with swirls of dust rising from the abandoned mortar lying by the roadside. “All the bags and packaging is now done in plastic. People buy plastic, use it once and dump it here and then it becomes a problem for us” says Kaushalya Devi a local resident and owner of a home stay in kasol. The localities mentioned that there was a dumping site near Manikaran, a Gurudwara sahib located about 3 kilometres away from kasol. The manikaran Sahib also attracts a heavy tourist population for religious reasons. On the way to the Gurudwara there are two towering, hefty piles of garbage. Dumps filled to the rim with hundreds of plastic bottles and heaps of metal scraps mounted.

The once serene and peaceful villages like tosh are now demented by rave parties and lewd acts. On our way from bershani to tosh, we made a record of the trash that was found. 534 plastic water bottles as far as the eye could evaluate. After reaching tosh loud music enveloped the village. The villagers had complaints about the graffitis made in stones, loud music playing till the morning, littering and all together relevant complaints about destroying their community life.

There are over 170 million domestic tourists and over 100 million foreign tourists in Himachal Pradesh annually. It is time that the administration takes the waste management problem more seriously.

Moving up from bershani is kalga a small village which is accessible only by trekking on foot. The terrain is difficult and relatively more steep. Streets are undeveloped and the number of organised commercial trips are lesser. On the way to kalga most of the trash was found in the dust bins. Most of the cafes are eco friendly. One of the cafes called lost and found owned by Anirudh Trivedi followed a strict policy of no waste generation. The village of kalga is well preserved and protected by the localities.

Big steps and difficult choices have to be made and quick before the entire state of Himachal Pradesh is deemed as a lost cause.