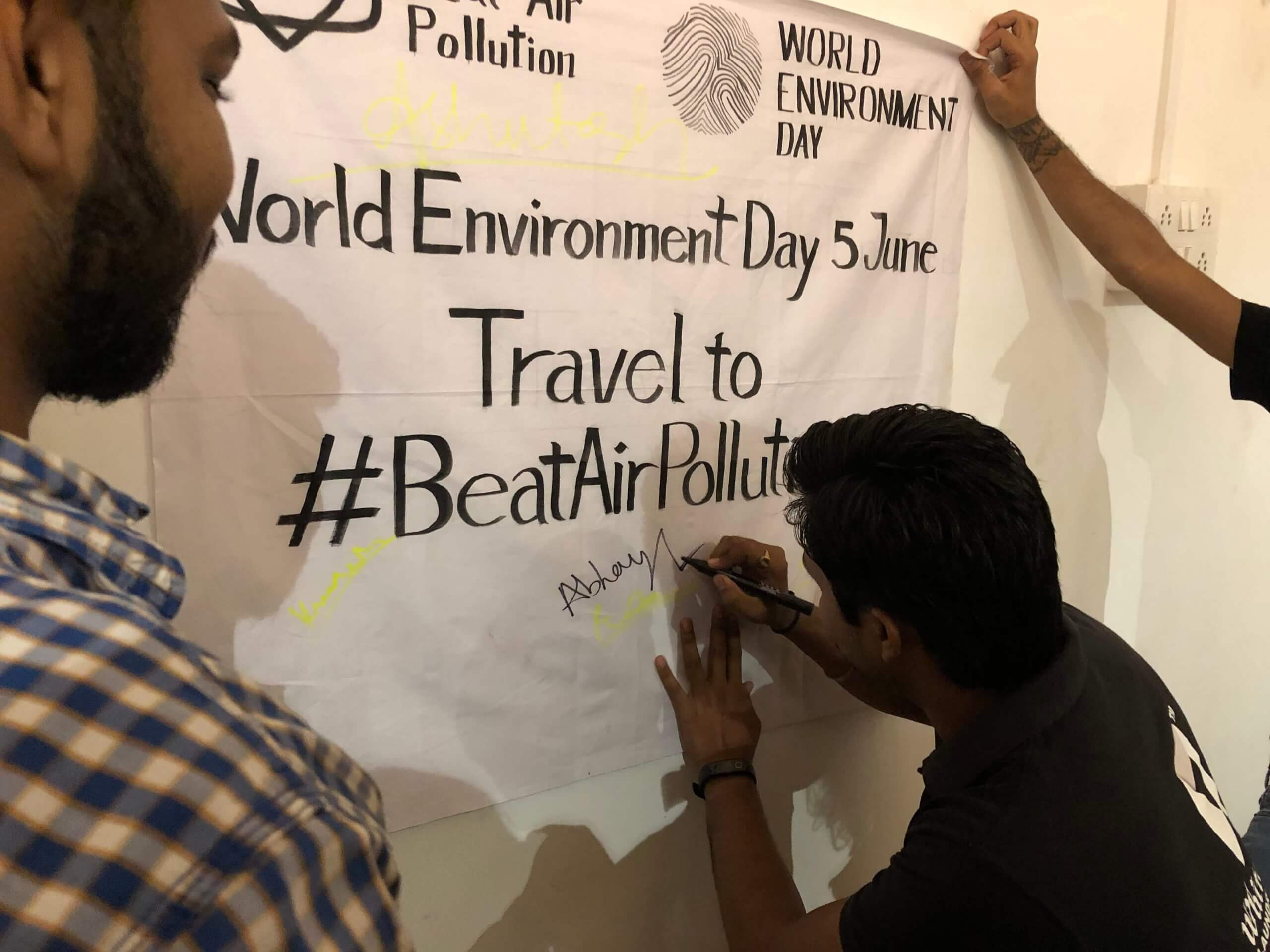 Varanasi: This Hostel Is Taking The 90 Days Challenge To Go Plastic Free
“A city with some of the planet’s most toxic air, Varanasi has done very little to curb air pollution and most plans to clean its air “remain on paper” Varanasi, known for its heritage, has been hitting the headlines for another reason: its growing air pollution. It is dealing with extreme air pollution which has […]

“A city with some of the planet’s most toxic air, Varanasi has done very little to curb air pollution and most plans to clean its air “remain on paper”

Varanasi, known for its heritage, has been hitting the headlines for another reason: its growing air pollution. It is dealing with extreme air pollution which has led to public health emergency in the city. In 2016, a report was released by Indiaspend, CEED and Care4Air called ‘Varanasi Chokes’ exploring the status of air pollution in the Varanasi. The report says out of  the 227 days for which the Air Quality Measurements were taken in 2015, the city reported ‘Zero’ good air days. The manual air quality stations in Varanasi also revealed significant gaps in PM10 values being recorded. A Lancet study even mentions that Uttar Pradesh recorded the most amount of deaths attributed to air pollution in 2017,with more than 260,000 lives lost. Also, according to a 2018 report by WHO, Prime Minister Narendra Modi’s parliamentary constituency ranked 3rd in a list of world’s most polluted cities. Even though various steps have been taken to curb pollution like NCAP, no big change has been seen as such.

Between November 2018 and February 2019, Let Me Breathe filed RTIs with 10 city departments in Varanasi tasked with curbing air pollution. Here are some findings:

1.The Nagar nigam has taken “some steps” towards reducing road dust and curbing roadside burning of garbage. However, no details were provided about instances and nature of violations.

2.The traffic police said their mandate was to manage the traffic, and they did not mention violations on air pollution laws by vehicles, suggesting “monitoring and implementation gaps”.

3.The forest department and the development authority in Varanasi have planted trees, which reduce the effects of air pollution, but many were cut for infrastructure-development projects, suggesting there may be no net increase.

4.The UPPCB suggested that there were no brick kilns in municipal limits. However, the zilla panchayat (district council) said there might be some in “peri-urban areas”, permissions for which were given by the UPPCB.

5.The municipal boundary cannot be treated as an “ecological boundary” for air-pollution, and “it is evident that the norms are being merely seen in letter and not the spirit of curbing air pollution”.

The concentration of particulate matter in Varanasi is growing at a rate unparalleled in India: 1.9 µg/m3, which increased PM 2.5 exposure by 28.5 µg/m3 to 71.7 µg/m3, an increase of 1.6 times over 17 years to 2016; this is three times the WHO annual standard, said a May 2018 study, and has caused an increase in respiratory diseases, including bronchial allergies, asthma, chest infections and sinusitis.

Let Me Breathe, the biggest pollution storytelling platform, also hosted its 3rd city session with Twitter India in Varanasi on 14th May 2019. The aim of it was to find collective solutions to all kinds of pollution issues in Varanasi The City Session threw light upon issues including pollution, climate change and sustainability. The panelists interacted live with citizens on twitter to tackle some of the most unanswered questions online and also the new upcoming schemes of the Government to tackle pollution in Varanasi.

“Varanasi is one of the most polluted cities on the planet. Still there is only one monitoring station. While in the last few years the government has done amazing work on the beautification of the city, it’s time to make air pollution a serious priority as well”, said Tamseel Hussain, Founder of Let Me Breathe