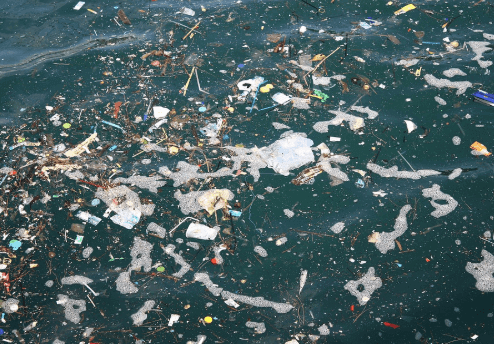 “Being out there in the ocean, God’s creation, it’s like a gift He has given us to enjoy”. – Bethany Hamilton An estimated 414 million pieces of plastic have been found washed ashore on the beaches of remote Cocos (Keeling) Islands in the Indian Ocean. United Nations states that 8 million tonnes of plastic end […]

“Being out there in the ocean, God’s creation, it’s like a gift He has given us to enjoy”. – Bethany Hamilton

An estimated 414 million pieces of plastic have been found washed ashore on the beaches of remote Cocos (Keeling) Islands in the Indian Ocean. United Nations states that 8 million tonnes of plastic end up in the ocean, every year, wreaking havoc on wildlife. To be precise, plastic pollution ends up taking lives of 1 million seabirds and 100,000 marine mammals every year.

Oceans cover more than 71 percent of the planet, host up to 80 percent of life on earth and account for 96 percent of all water. Moreover, Oceans help in producing more than half of the oxygen in the atmosphere and absorb about 25 percent of all human carbon emissions and yet, this lifeblood of the planet is today choking with all things plastic. Ocean Pollution is one of the biggest threats the world is facing right now.

In a bid to raise public awareness and encourage citizen action to protect oceans, United Nations started observing World Oceans Day on June 8 every year. The objective of this day is to unite citizens on a project that will help sustain world’s ocean. This year, the theme for Oceans Day is Gender Equality, which in the view of the UN is vital for sustaining the ongoing crises. As per current estimates, women occupy only around 27 percent of parliaments worldwide, and make up 38 percent of the scientific community studying oceans. Today, despite making up roughly half the workforce in developed nations, women continue to be paid less than men at the same positions (36 percent less, to be precise). Women and children were also found to be a lot more vulnerable to some of the adverse effects of climate change.

This year, the UN strives to build greater ocean and gender literacy and to discover possible ways to promote gender equality in ocean-related activities such as marine scientific research, fisheries, labour at sea, migration by sea and human trafficking, as well as policy-making and management. The importance of gender equality — in particular for the effective conservation and sustainable use of oceans, seas and marine resources — is increasingly recognized. However, there is very little data and research on these issues, and a concerted action towards gender equality and the empowerment of women and girls is still needed in all ocean-related sectors to achieve Sustainable Development Goal 5.

India’s Contribution Towards Plastic Pollution In The Oceans

In 2015, a report by the United Nations Environment Programme said that Ocean Pollution was quite high in India. The report informed that India dumped 0.6 tonnes of plastic waste into oceans annually. It ranked 12th among the top 20 countries responsible for marine pollution. The numbers showed how marine pollution had climbed up to become one of India’s critical pollution problems apart from land and air pollution. Discarded plastic and debris continues to be dumped in India’s oceans and the lack of an overarching system to monitor levels of pollution in the ocean was one of the deterrents to combat ocean pollution in India, but not any longer.

Three of the world’s ten rivers which carry 90% of plastic to the world’s oceans are in India – the Indus, Ganga, and the Brahmaputra, says another report published in 2017 in Environmental Science and Technology, a global journal.

Some of the major causes of ocean pollution are:

Sewage
Sewage is defined as wastewater and its component excrements that are transported in the sewer system. Sewage is mostly comprised of the human waste from toilet flushing, dirty water from bathing and even animal waste. Most of the wastes find their way into the ocean waters through the sewer systems.

Nuclear Waste Another major ocean pollutant is the nuclear waste, which is mostly produced from industrial, medical, and also scientific procedures that use radioactive material. The common industries that produce nuclear waste include power stations, the military, and reprocessing plants.

Plastics Plastic pollution mainly involves the accumulation of plastic in the ocean waters and thus causing adverse effects on marine organisms. Marine organisms are affected by the plastics through direct ingestion of the plastic wastes and also through exposure to chemicals that are within the plastics.

Oil Spills Oil spillage is another primary cause of ocean pollution in that the oil forms a layer on the water preventing oxygen circulation. Lack of oxygen in the ocean waters results in the destruction of marine life over a long period.

Ocean Mining
Ocean mining in the deep sea is yet another source of ocean pollution. Ocean mining sites drilling for silver, gold, copper, cobalt, and zinc create sulfide deposits up to three and a half thousand meters down into the ocean.

According to National Geographic, “Many ocean pollutants are released into the environment far upstream from coastlines. Nitrogen-rich fertilizers applied by farmers inland, for example, end up in local streams, rivers, and groundwater and are eventually deposited in estuaries, bays, and deltas. These excess nutrients can spawn massive blooms of algae that rob the water of oxygen, leaving areas where little or no marine life can exist.”

Here are a few ways to control the damage done to the oceans:

Out of all the pollutants found on the ocean beds, single-use plastics are the highest in number.  They contribute to habitat destruction and entangle and kill tens of thousands of marine animals each year. Carry a reusable water bottle, store food in non disposable containers, bring your own cloth tote or other reusable bag when shopping, and recycle whenever possible.

Most of the food ordered online, comes in unrecyclable plastic. Even the biodegradable plastics need favourable conditions to disintegrate safely. As often as possible, choose to go plastic-free, and opt for home-cooked and packed meals.

Reduce the effects of climate change on the ocean by leaving the car at home when you can and being conscious of your energy use at home and work.

Contact your local representatives to let them know you support marine conservation projects and volunteer when you have a chance to.

Educate Yourself About Oceans and Marine Life

All life on Earth is connected to the ocean and its inhabitants. The more you learn about the issues facing this vital system, the more you’ll want to help ensure its health—then share that knowledge to educate and inspire others.