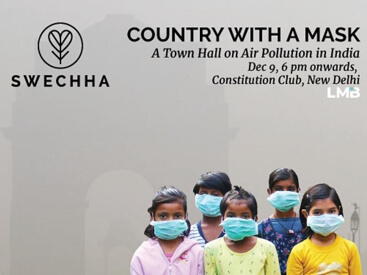 Swechha India x LetMeBreathe, along with other citizen groups and experts organised an Air Pollution Townhall on 9th December 2018 at the Constitution Club, New Delhi. With the most recent data from ICMR stating that India loses more than 12 lakh lives each year due to air pollution, with every other report stating that entire country has 'hazardous' air days almost 320 days a year, with WHO and other health experts stating the harmful impact it has on children, pregnant women and elderly, we still don't find our government/s understanding this as a Public Health Emergency.