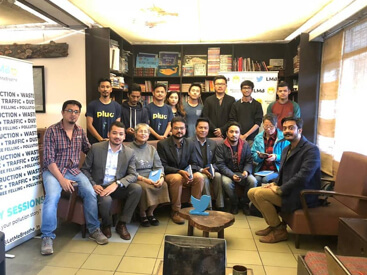 Chapter 2: City Session Gangtok
City Sessions is a collaboration of a live show between Twitter India and Let Me breathe, where decision makers, experts and citizens come together to find short term and long term solutions to city level climate change, air pollution and other environment issues collectively.

Let Me Breathe hosted its second city session with Twitter India in Gangtok, Sikkim on November 4, 2018, with the aim of finding collective solutions to environmental issues of Gangtok.

Previously held in New Delhi, the City Sessions are aimed at building a talking space between decision-makers, citizens and young people that are focused on climate change in their city.

The panelists interacted live with citizens on twitter to tackle some of the most pressing questions online and also shared their solutions to tackle pollution in Gangtok.